John is a Mancunian who graduated from Aberdeen University in 1971 - a choice of college that led to close links with Orkney.

Although both his  grandfather and great grandfather were professional artists he only started to paint by chance - after a friend he was holidaying with wanted to draw in peace and gave him a small sketch book to keep him amused.

He'd gravitated instead  towards music, touring with ITV's 'The Comedians' as a member of a banjo band before working as a teacher of guitar and Russian folk music with Manchester Music Service.

His great friend the painter and designer Kenneth Lawson who was Graham Sutherland's only assistant and later head of design at the BBC in Manchester, encouraged him to exhibit and continued to give his support until his death in May 2008 (See blog). They had a joint exhibition in  2012 at The Wendy J Levy Gallery in Didsbury and exhibited together again at  Stockport Art Gallery  in 2015.

He works independently,  almost exclusively in oils* and tends to prefer the freedom of varying his stylistic approach and subject-matter to the discipline of supplying a brand image.

His contribution to the Millscapes exhibition which toured Rochdale, Oldham and Stockport A.G.s in 2007-08  was subsequently bought by Gallery Oldham for its permanent collection.Collectors in mainland Europe and America have also bought work.

A majority of the paintings shown are for sale  (prices range from as little as £70 to about £1,000). They are signed on the back and unless otherwise stated, have limed wooden frames. The rest of the information including dimensions, height before width etc., is given with each image.

They can be bought online using the shopping basket icon under the image. Please contact for further details - or on any other related issue.

*A rare exception was the contribution of three lino cuts to 'Metropolis' - a project in which about three hundred artists worldwide participated. For this event, the submitted work was formed into three identical concertina  books which were exhibited initially in Venice, Sao Paulo and Washington DC before touring elsewhere. 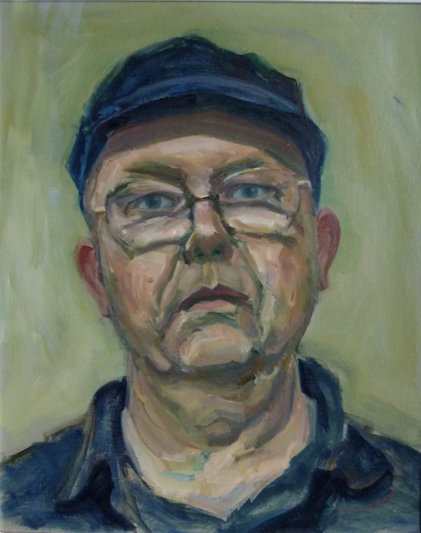